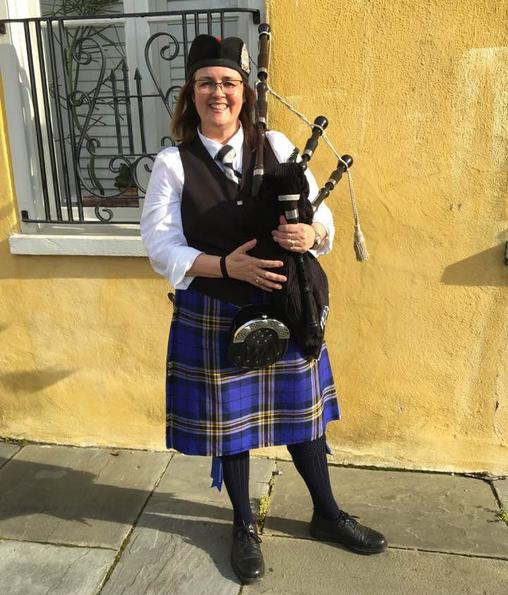 Mary Scholtens began to play the practice chanter on the "19th anniversary of her 29th birthday."

​​For her, the best thing about being a member of a pipe band is two-fold--the apprenticeship and the comradeship. There are many mentors to help out formally (instructors/pipe majors) and more informally (fellow band mates).

From your first rehearsal with the pipe band, you will notice the comradeship immediately and that you are welcomed as a fellow piper no matter at what stage or level of piper you are.

There are many piper chicks in the band (drummers, too). It is special to note that Mary's first instructor was the first woman piper to join the band years ago and as of 2018 she is the first female to serve as a pipe major for the band.

So, ladies or gents, come on out and hear us play or join us!